The Sum of Its Parts: A Review of J Revolusi 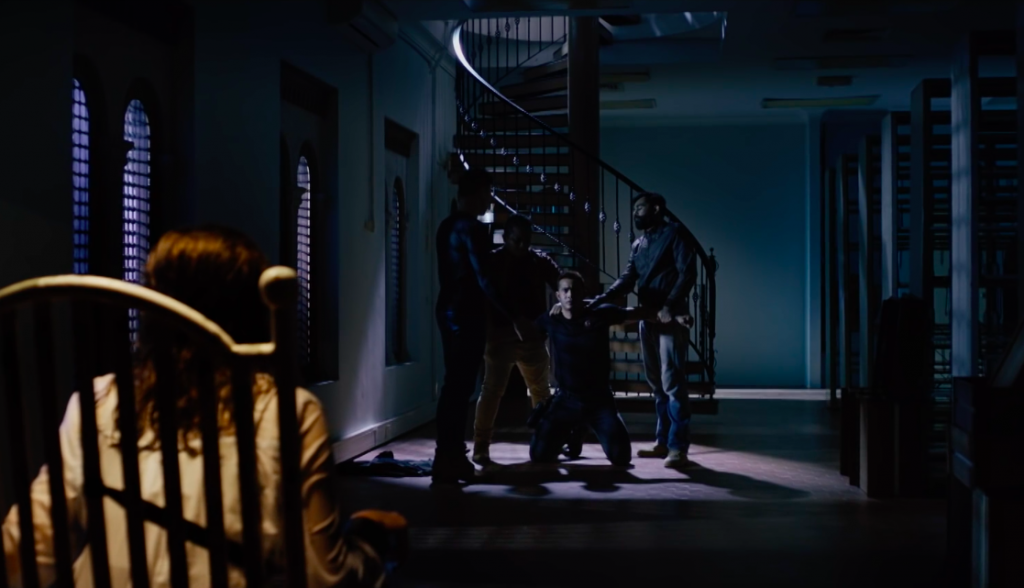 Halfway through J Revolusi, I thought about this article Malcolm Gladwell wrote about ketchup. He used the word “amplitude” to describe, among other things, Heinz ketchup. It’s a word used by sensory experts to describe flavours that are well blended and balanced. The way I understood it, something with high amplitude registers to the senses as one thing, while something with low amplitude registers as all the different things that make up that thing. It’s the difference between, say, the dhal my friend’s patti makes, and the one I make using her recipe. It’s the same ingredients in both, but only one tastes like dhal.

J Revolusi is the debut film of director Zulkarnain Azhar. It opens with the Special Action Unit (UTK) of the Royal Malaysian Police, led by Jay (Zul Ariffin), approaching a secret facility. Inside, criminals who have manufactured a deadly virus are about to sell it to a very bad man. Luckily, the UTK have eyes inside, in the form of Jay’s sister Dian (Fazura), who is working undercover.

Jay and the team storm in. Something goes wrong. An explosion happens. Jay blacks out. When he wakes up months later, Dian is still missing. The rest of the movie is Jay – with a bit of help from his friends Skodeng (Azad Jasmin), the “tech guy” from work, and Eddie (Izara Aishah), another UTK team member – on a mission to rescue Dian. 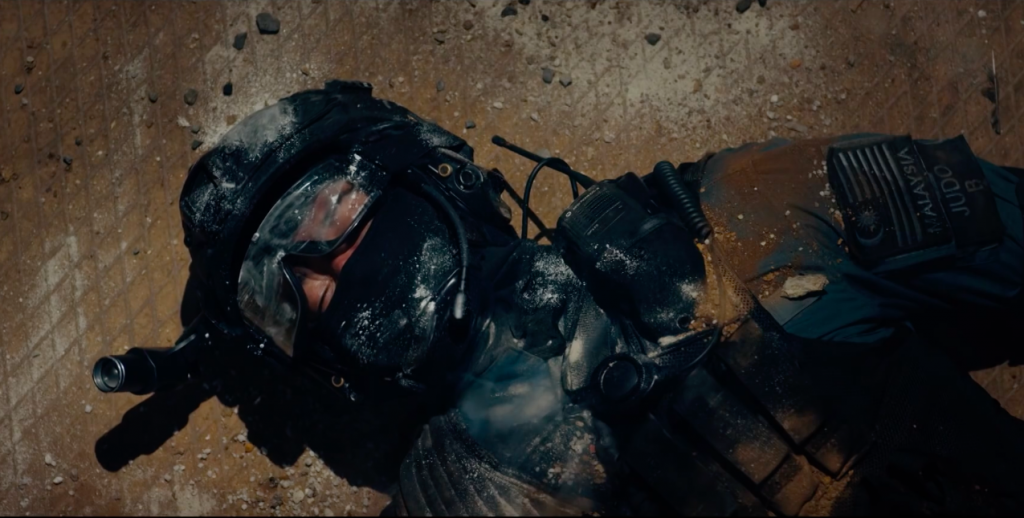 J Revolusi is a movie I was genuinely looking forward to, especially after that spectacular trailer. Sadly, it didn’t live up to my expectations. As someone who loves watching movies, I want movies to be good. But as someone who makes movies, I know that a bad movie takes just as much sweat, blood, and tears to make as a good one. Which is why writing this review is all the more heartbreaking.

To start with, the characters were one-dimensional. Instead of being actual human beings, they were mere elements to move the story along (well, except for one, which I’ll get to in a bit). Jiman (Iedil Putra), for example, went from foe to friend with no apparent motivation except that the story needed him to do so.

You wouldn’t know this from the trailer, but behind all the action and explosions, J Revolusi is actually a movie that tries to tug at your heartstrings. One of the main plot points hinged on the believability of the relationship between two characters. It’s a shame, really, because this relationship had no emotional core whatsoever. Instead of feeling for the characters, the relationship’s hollowness left me wondering why they cared for each other in the first place, and ultimately, why I should care that they cared.

If characters don’t power the engine of a movie, then maybe the fuel is in the plot. Unfortunately for J, what little plot there was had no license to drive. Nothing that happens in the movie made sense, not even in the context of the movie. Characters move from one set piece to the next with no consideration to time. There’s a scene that literally goes from day to night. Within a single cut. With no explanation whatsoever.

Gladwell wrote that the reason Heinz ketchup tastes so distinctively like ketchup and not simply tomatoes-corn-syrup-and-vinegar mix is because it has high amplitude. J, in contrast, rarely hit (if ever) a singular consistent tone in any scene. Instead of being in harmony, each element — the drama, the humour, the action — tried to outshine the others. In the chaos, instead of being immersed in the scene, you as an audience member were pulled out of it.

But, enough about that. Enough about all that because there are things that I actually enjoyed about J Revolusi.

First of all, I thought the fight choreography was excellent. I don’t mean “excellent for a Malaysian film” or something equally condescending; I mean just straight up excellent. I also loved all the set pieces and the locations. I love how the movie portrayed KL. I’ve always thought of this city as tiny, but through movie-magic and clever editing, J made it feel massive, modern, and way more metropolitan than it actually is. Like, it looked so beautiful I’m already making arrangements to go lepak at Zoo Negara.

And I loved the sequence featuring Skodeng’s mom (Fatimah Abu Bakar) — the previously mentioned one human exception. Jay, Eddie, and Skodeng are at her house talking about work while trying not to let her know what they’re actually talking about. At some point, she realises what they’re up to, and that whatever it is, it might not necessarily be within the bounds of the law. The emotion on her face when she finds out – a mixture of love for her son and total disappointment in him – is completely earned. It’s by far the most honest emotional beat in the entire movie.

Of course I can’t end this review without addressing the elephant in the room. It’s the first thing I thought of after watching the trailer for J Revolusi, and it’s the first thing people ask me when I tell them about the movie – “So how does it compare to Polis Evo?”

Thing is, I don’t think that’s as straight forward a question as it appears. For one, I don’t think they’re the same kind of movie. To use a very crude analogy, if Polis Evo was Malaysia’s Bad Boys 2, then J Revolusi is Malaysia’s Daniel-Craig-era-James-Bond as Ethan Hunt in a telenovela.

Regardless of how you feel about Polis Evo, try not to bring that into this movie. Come in with an open mind, engage with the movie on its own terms, and try to judge it on its own merits. Please start with a clean slate. For all its problems, I think J Revolusi deserves at least that much.

Did you watch J Revolusi? What did you think? Share your thoughts in the comments below!